Where Did Double Bay Get Its Name? 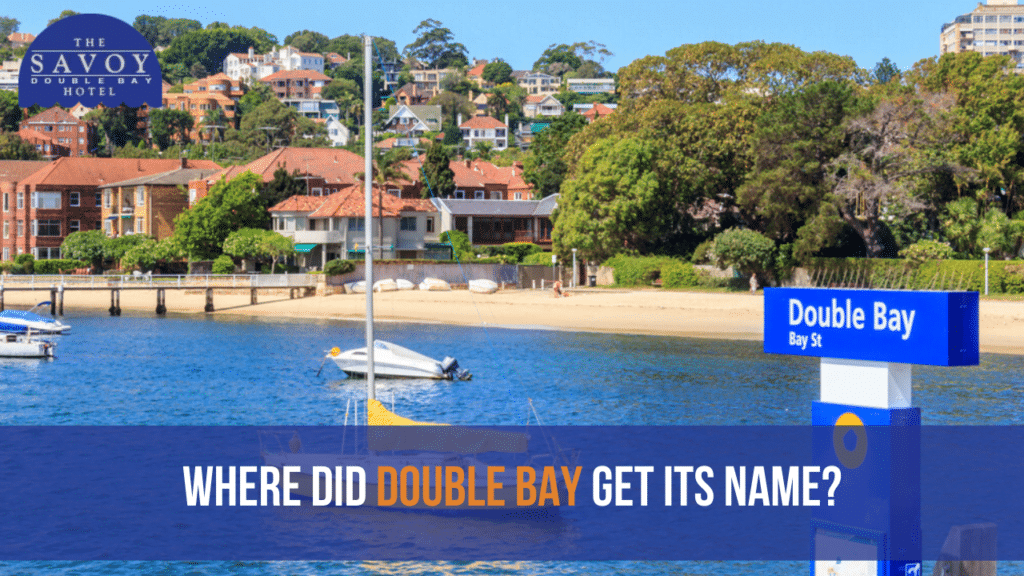 Double Bay is a suburb located at the eastern harbour side of Sydney, in the state of New South Wales. It’s about 4 kilometres east of the Central Business District and is the administrative centre of Woollahra.

If you’re booking Sydney accommodation anytime soon, you may have come across this location. It’s actually one of the prettiest harbour side shopping villages in Sydney. It does have quite an interesting name, doesn’t it?

The origin of Double Bay’s name

Double Bay didn’t always have this name. Its name used to be called Keltie Cove or Keltie Bay. This name came from the master of the First Fleet vessel HMS Sirius. During the early years of the colony, Double Bay was used as a shelter for the fishermen who regularly fished around the place’s harbour.

Double Bay’s current name was first used in 1821 when Governor Lachlan Macquarie planned to use the bay as a site for a botanical garden. When Macquarie left Sydney, the garden has already been planned and marked out. Unfortunately, the next Governor, Major-General Sir Thomas Makdougall Brisbane, was not able to follow through with the plans and never finished the botanical garden.

But why ‘Double Bay’? The suburb credits the Sydney Harbour for its name. The name refers to two geographical formations located between Point Piper and Darling Point. These two formations are then interrupted by a little point in the middle.

Double Bay went from a shelter for fishermen, to developed farmland, and then to a village in 1834. However, the vibrant area that it is now was formerly a sleepy town. It wasn’t until the end of World War II that Double Bay started to develop into one of the most exclusive addresses in Sydney today.

What to do in Double Bay?

Double Bay is known for its sandy beaches, charming Sydney accommodation, and high-end shopping boutiques. You’ll find haute couture stores along the retail streets in the area. There are also shops for bespoke hats, handwoven fabrics, and other garments that will surely satisfy your need for retail therapy.

When it comes to a gastronomic adventure, Double Bay does not disappoint. There are alfresco cafes all around the area. There are various wine bars and restaurants located along the boulevards and laneways. If you fancy a world-wide selection of gins, you better stop by Stillery inside the InterContinental. What makes Double Bay’s night scene even more appealing is the presence of wonderfully-restored pubs around the area.

If you’re looking for some escape into nature, you can take a stroll along the magnificent Seven Shillings Beach. You can walk to Redleaf Beach and the Murray Rose Pool. You can also continue your stroll until you reach the beautiful heritage garden, Blackburn Gardens.

There is so much to see and so much to do in Double Bay. The place is as interesting as its name. The development of the area from the 1800s to the present is also a good story to keep in mind when you’re walking around the place.

If you’re in Double Bay, the best Sydney accommodation to check into is at the Savoy Double Bay Hotel. We are the most relaxing place to stay at in the area. We have 40 wonderful rooms to choose from, plus round-the-clock security that will make sure your stay in our hotel is worry-free.

Make your reservations with us now by calling 1800 811 846, or book online for instant confirmation.