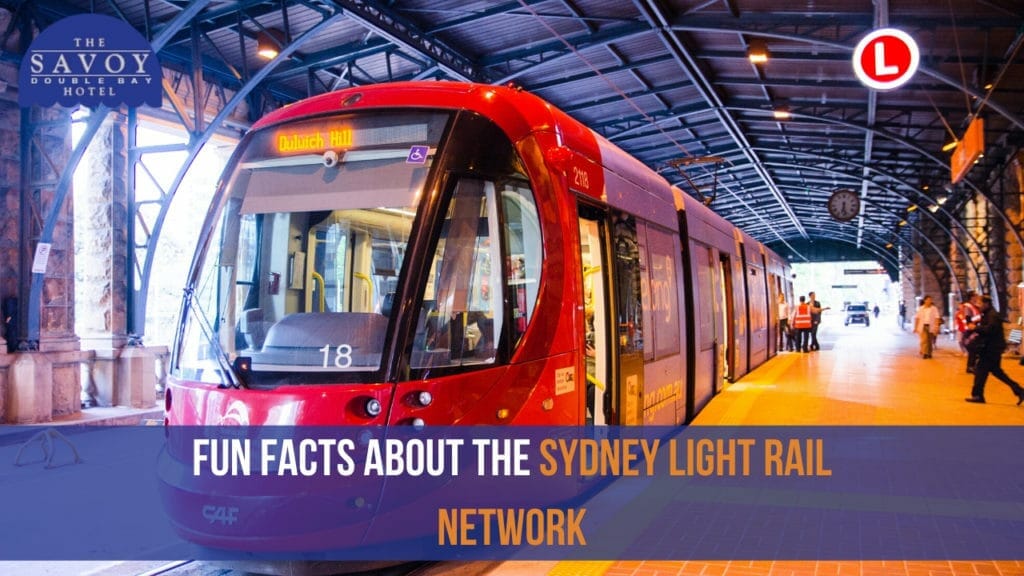 A new, fun and cost effective way of travelling around Sydney and its beautiful suburbs.

Sydney is one of the most diverse and eclectic cities in Australia — boasting incredible beaches and harbours, exciting markets, and gorgeous parks, among other attractions. With over 4 million residents and an average of 32 million tourists annually, there’s no denying that it’s one of the best places to go out and about in the country.

Of course, with Sydney’s wide selection of sights, it’s impossible to go around comfortably without a dependable mode of transportation. One of the first things you should look up as a visitor is how you can go around the city freely without overexerting yourself. A transportation stop near your Sydney accommodation should do the trick.

Thankfully, Sydney now has its own Light Rail Network to help tourists and locals travel around the city within minutes. If you plan to use that mode of transportation, it would be useful to know more about this new and exciting light rail system.

What is the Sydney Light Rail Network?

The Sydney Light Rail Network, also called Sydney Light Rail, is a light rail system that opened in December 2019. It has three main passenger routes: the L1 Dulwich Hill line, the L2 Randwick line, and the L3 Kingsford line. These are all built to go around the city to help thousands of people travel comfortable every day.

The Sydney Light Rail is the biggest public transport project in Australia, spanning 66 kilometres with up to 31 metro stations between Bankstown and Rouse Hill. At the moment, only the first stage of the light rail system is complete: a 36-kilometre-long railway that covers 13 metro stations. It will have another 30-kilometre-long extension within the next few years, slated to open in 2024.

·    The Sydney Light Rail Network is being built in two stages.

As mentioned, the Sydney Light Rail Network project is still incomplete. The first phase of the project in Sydney Metro Northwest is a 36-kilometre-long railway covering about 13 stations. There’s a metro train in each station every four to eight minutes, which means around 15 trains will pass by one station every hour.

The second phase of this project aims to finish by 2024. It will cover 18 stations in its 30-kilometre-long extension— from Chatswood, Under Sydney Harbour, to new underground CBD stations to Bankstown. It shall cover Sydney Metro City and Southwest.

·    It has an impressive passenger capacity.

Each service of this railway system can carry up to 450 passengers, which is equivalent to having nine standard buses driving along the road. This means that this light rail network will be able to move more people across the harbour more than the Sydney Harbour Bridge and the Sydney Harbour tunnel combined during peak hours.

Travelling can be quite tiring, especially if you’ve been going from point-to-point the whole day. It’s preferable to use a mode of transportation that’s comfortable to help you relax and chill while in transit. Thankfully, the Sydney Light Rail is fully air-conditioned. There will be no need to worry about sweating it out inside the service train with this cool feature.

Above everything else, your chosen mode of transportation should prioritise safety and security. When it comes to trains, installing platform screen doors is both practical and thoughtful. This type of door prevents accidents from happening, as it serves as a barrier to keep people and other objects from going inside the railway area.

Of course, any railway position undergoes extensive research before construction is begun, much less finalised. A great railway system allows its passengers not just to travel distances from point-to-point, but also leads them to their connecting rides towards their final destination. That gives the Sydney Light Rail Network an edge.

Apart from being built as one of the largest light rail networks in Australia, the Sydney Light Rail Network has stops that easily connect passengers to their connecting trains or buses. Once you get out of the train, you would need not walk far to find a place where you can hail a cab or take other rides to where you want to go.

If you’ve been to Melbourne and experienced their trams, you might have wondered if there are Sydney trams. The answer is no, but there used to be a Sydney tram network that served the inner suburbs from 1879 to 1961.

Back in the day, the network was the largest in Australia and, in the Commonwealth, it was second to London in terms of size. The increase in private transport and private buses as well as the trams’ poor maintenance, however, led to the demise of the Sydney trams.

If you’re looking for a top-quality accommodation Sydney would be proud of, The Savoy Hotel is one of the best places you can go to. Located in Sydney’s Eastern Suburbs, this Sydney accommodation is near most of the ideal modes of transport—including the Sydney Light Rail Network. Its location also makes it easy for visitors and tourists to travel through Sydney’s various delightful sights.

Looking for Sydney accommodation for either business or pleasure? Look no further! Contact The Savoy Hotel now to check into a picturesque and comfortable location at the heart of Sydney.